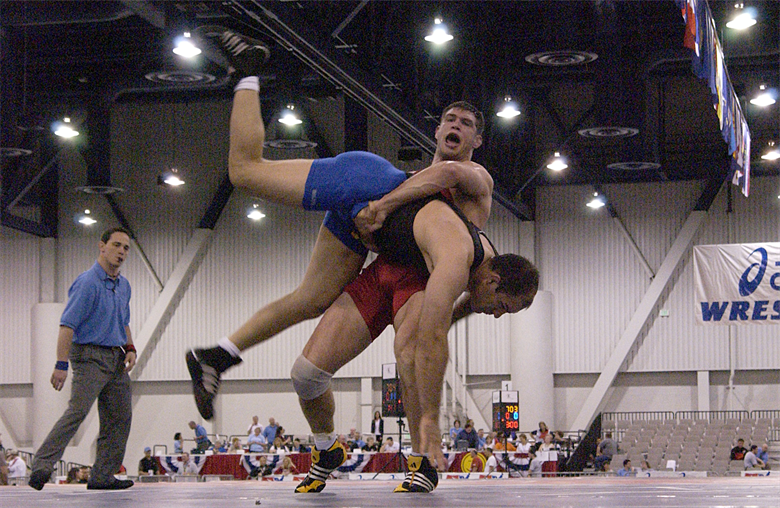 This video is CRAZY! I read the headline and I was not expecting the actual tackle to be so rough and intense. If you get THIS fired up at your kids sporting events, maybe you shouldn’t be going.

If I was that kid I would be HELLA embarrassed. A bunch of parents and coaches had to come from the stands and the sidelines to stop the man and it took A LOT of them to do that. The man was eventually taken down and arrested for simple assault and disorderly conduct. He was identified as 54 year old Barry lee Jones and was released on $1,000 bond.

The wrestler was not injured in the attack.