A man in England had one dying wish, to see “Star Wars: Rise Of Skywalker” with his youngest son. Unfortunately he isn’t expected to make it to the films release date of December 20th, 2019. Rowan’s Hospice tweeted this out hoping to get the right persons attention and Mark Hamill was just the guy to help push the request along. 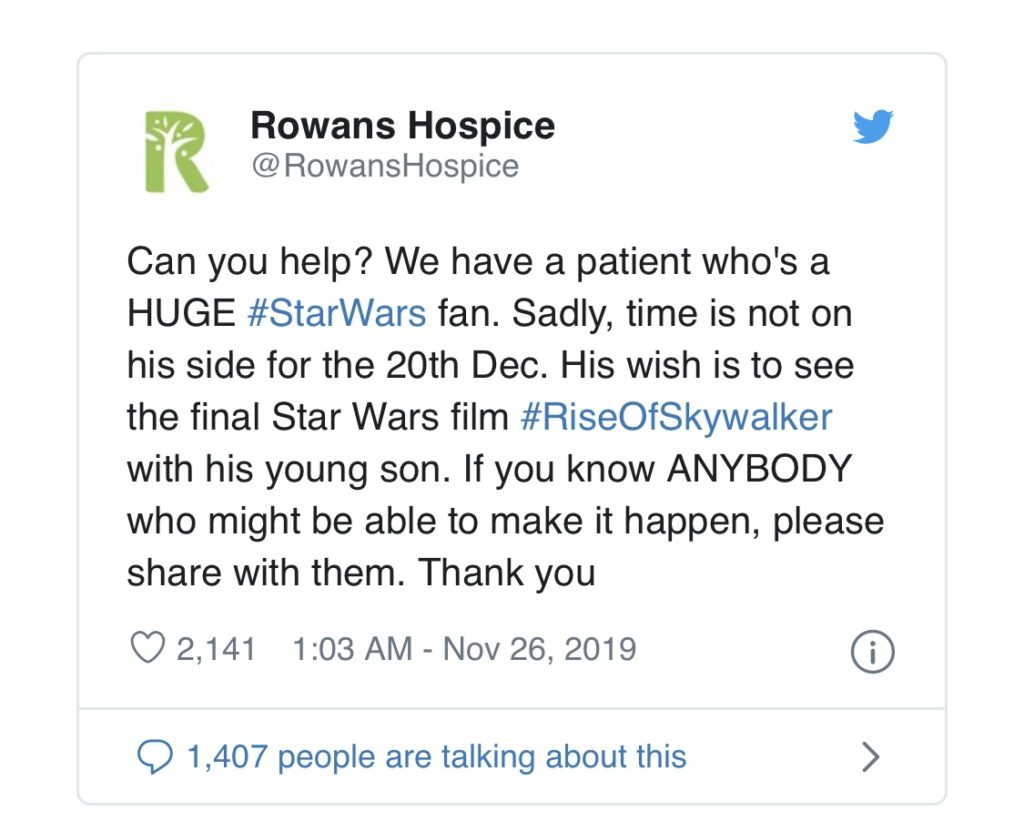 After he responded to the Tweet, someone from Disney reached out and gave this story a happy ending. 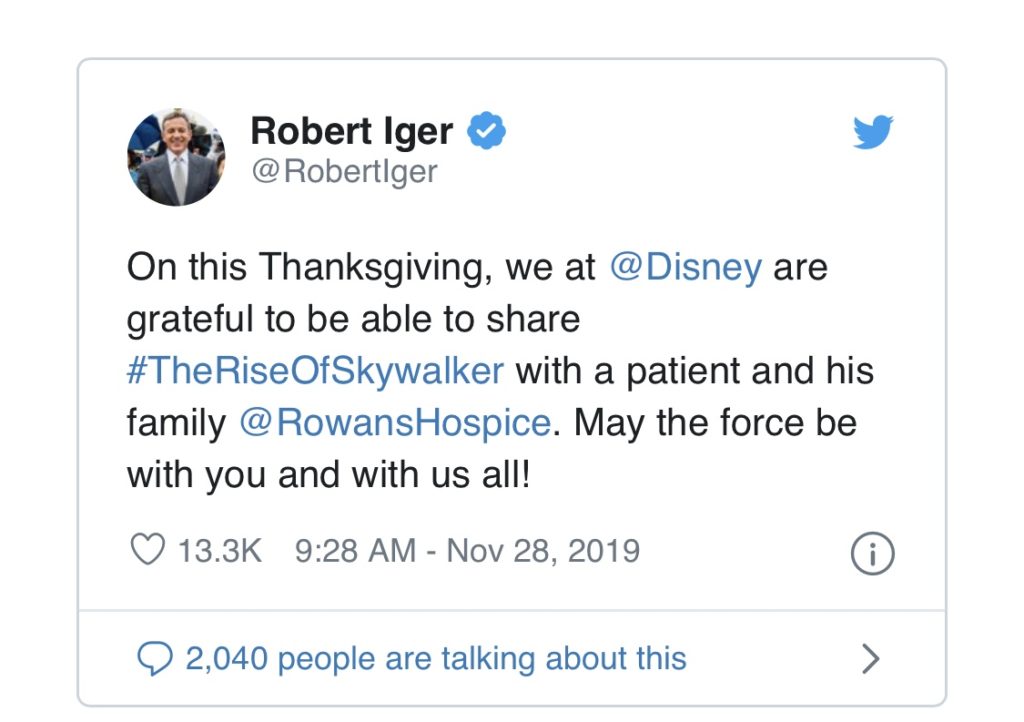